This is the best day in snacks since they brought back the Wispa. 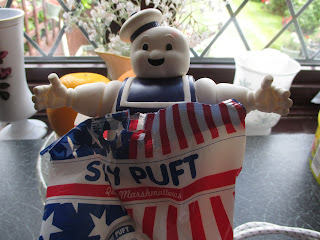 I’m not being hyperbolic, today is the day I found Stay Puft Marshmallows in a store (The Range to be precise). Google tells me that other companies have already made Stay Puft Marshmallow but these are far more special because a) they’re in a plastic bag like in the film and b) you can just walk into a shop and buy them like you’re living in the world of Ghostbusters, even if you live in the tie-in food deprived land that is the UK. And I don’t mean walk into an imported sweet shop or Mr Simm’s and buy them, like I say I got these in The Range, a discount store. I’ve wanted someone to do this for so long and now because of the 2016 Ghostbusters movie that everyone hated before it came out (I haven’t seen it yet) it has happened, I’ve been able to walk into a shop and buy some Stay Puft Marshmallows and put them on my worktop, just like Dana Barrett. I’m now scared to go near my fridge. 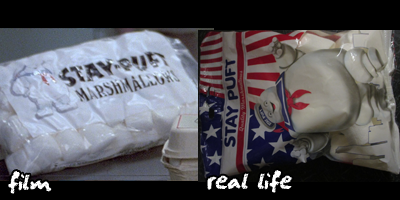 The bag is awesome, it’s not at all accurate to the film but I’m guessing either that bag was considered to plain or the company making these (Kingsway, they made the Ghostbusters popping candy too) just didn’t care. I’ve decided that this is the ‘2016’ packaging that nostalgia blinded nerds of the Ghostbusters universe complain about online and the simple (mock-up) packaging we saw in the film was the 1984 packaging that they all long to see returned. The reason I love it so is because it looks so much like a piece of American packaging, or I guess it looks so much like what people in Britani think American food packaging looks like – that is slightly cheap but so, so charming – I look at these and believe that the company that makes Stay Puft Marshmallows in the GBU (that is a term now, I’ve decided) have slung these out. I really want to keep it. 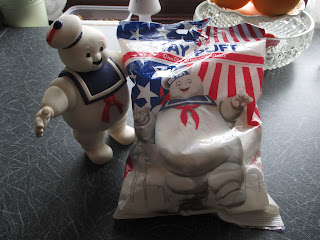 Kingway are also making bags of smaller coloured marshmallows (think the ones you Americans get in your cereal) but I didn’t even give them a second glance, why would I buy random other marshmallows in a Stay Puft Marshmallow bag? They may as well has filled them with jelly sweets or Hershey Kisses. The marshmallows themselves I’m sure you’ll be delighted to know are more screen accurate, the movie ones are a little stubbier, but how do they taste? Really, fucking, nice, I opened them for the purpose of this article and can’t stop eating them, they will be gone by the time I next need to pee. I hate the Marshmallows that have that sugary coating on them, it’s gritty and not at all a pleasant sensation – these don’t have that shit so I am happy, I’m even happier because this is also accurate to the movie. What’s most important though is that I should taste one of these, look at Mr Stay Puft rampaging through New York (an stepping on churches, the bastard) and feel that the marshmallow I’m eating tastes like I how imagine that giant monster tasting – these totally do, they taste like how Mr Stay Puft looks. It’s great. 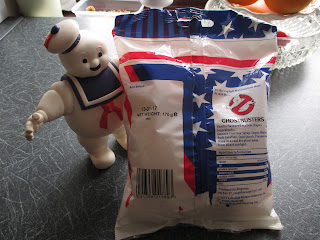 This hasn’t been a long article, nor was it meant it to be, it was meant to be exactly what it is: three paragraphs of me raving about junk food because its junk food that’s tied into Ghostbusters. I will see the new film at some point but I’m having trouble caring if it’s any good at the moment because all the merchandise we’ve got had more than made its existence forgivable, this of course won’t last beyond this year and next year when there is no merchandise, no Ecto-Cooler, no new toys, no Stay Puft Marshmallows, it will no doubt matter quite a lot if it sucks or not, but until then I have sweets and a light up No Ghosts Ghost. 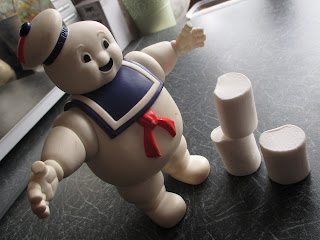 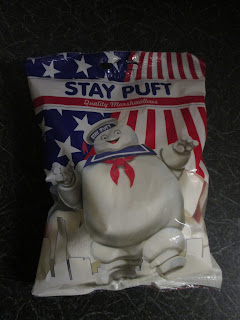 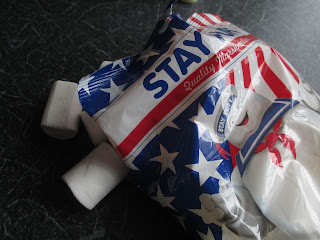