Examples of Crap I Waste My Money On: Medway Toy Fair and Collector's Market Edition!

I went to the Pentagon. Don’t worry America, your national security is safe, the Pentagon I went to was in Chatham (which isn’t in America – well, there might be one in America, they have a Birmingham so all bets are off really). I went to this other Pentagon – it’s a shopping centre – to attend Medway Vintage Toy Fair and Collector’s Market. It was only about 10-12 stalls large but holy shit was it productive: 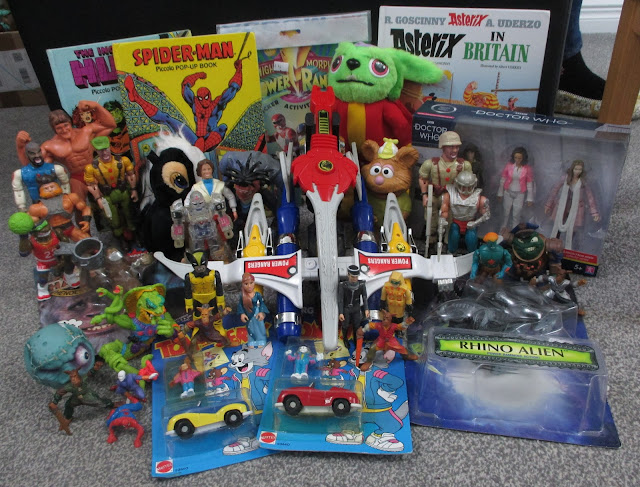 Look at all this cool shit! Now I did buy the Doctor Who set in Chatham’s B&M Bargains and Flower in a charity shop, but even still this is as good a haul as I get from some large-scale conventions and I spent as much here as I do in some of those too because there was just so much good stuff, the only thing in this photo that isn’t on in the ‘essential to own’ category in my ABSOLULTEY OBJECTIVELY CORRECT opinion is that weird Madball but, well, it’s a weird Madball so you could argue that simply by being a weird Madball it should make the list on concept alone.

You bet I’m gonna wring some paragraphs out of this! 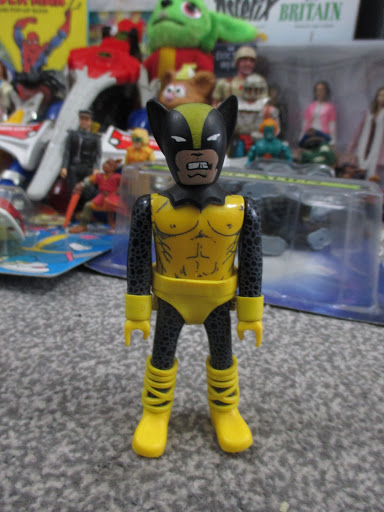 Did you look at that picture up there and think ‘why is there a weird Playmobil Wolverine’? No? Well tough we’re going to go forward pretending that you did. This weird Wolvermobil toy is something I thought I’d never own, it’s one of Airgam’s Super Fantastics. Airgam was basically Spanish knock-off Playmobil which had different themes similar to Lego, their Space and Terror lines are particularly classy, this is from their Airgam Comics theme which pitted horribly derivate heroes the Super Fantastics against the actually pretty creative villains the Super Diabolics. Weirdo Toys covered the first wave in depth here [http://weirdotoys.com/super-fantastics-vs-super-diabolics/] and you can view the entire theme at airgamboys.net [https://www.airgamboys.net/airgamcomics.php]. Despite being just simply awesome, looking like something crossing the airbrushed artwork from your local funfair with the knock-off toys in your local pound shop, two of them – Captain Laser and Panther Man here – are based on X-Men so of course I need them but I didn’t think I’d actually own them, they’re Spanish, they’re not cheap and they’re certainly not the sort of thing I’d expect to find in a little toy fair for two quid. He’s awesome, the paint on his head is a little thin but he feels good quality and is way bigger than I’d imagined - he’s missing his shoulder pads but what do you want for £2? Also, here’s a picture of him falling over: 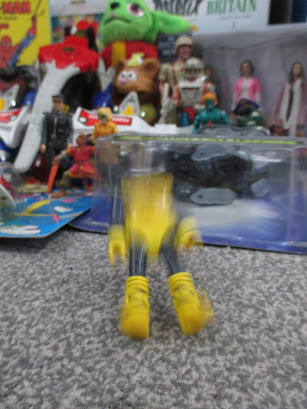