Ten Examples of Crap I Waste Other People's Money On: Christmas 2016 Edition*

I wrote this on Christmas Day, everyone went out to drop off relatives and I got half an hour to myself, so spent it writing about my prezzies, god I’m such an attention whore – look at me, look at the cool stuff I got, I make myself sick – and yet I’d still never do this in real life, I think I now understand how come people can write such horrible shit in YouTube comments but I’ll be dammed if I can put it in words. This may only be part 1 in fact, my gift giving and receiving is very spread out this year, beginning on the 23rd and ending whenever the NES Mini arrives (so probably February) but I made out so well so far – in fact in truth I already had enough for a post by Christmas Eve - I thought I may as well get bragging, I mean blogging, I think I may mean both. Now as always I’m not saying these are the best presents I received, they’re just the ones I can get a paragraph of semi-amusing waffle out of. So are you sitting comfortably? Of course you are, you’re still full of food, after four days, so I’ll begin: 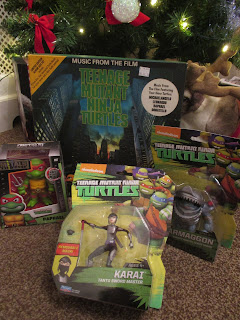 Over 25 Years of TMNT!
So I worked out today that I’ve been receiving Teenage Mutant Ninja Turtles related gifts every Christmas for over half a century, I felt exceptionally old and ate Quality Street, lots of Quality Street, even the penny toffees no one but Sophie eats. This actually isn’t all of the TMNT stuff I received this year either, just the ones that were nearest the tree that accidentally ended up being the perfect items to photograph for this, with Raphael and the LP representing the earliest years of my life as a TMNT fan (I came in roughly in autumn 1990 with some stuff my dad bought back for me from Austria) and Karai and Armaggon representing the present day. Can we talk about that LP for a minute? That is the limited edition boxed version of the soundtrack to the first TMNT film, my favourite part of the Ninja Turtles franchise and my nan got it from a fucking charity shop. Some people might be unhappy they got a present from what is effectively a smaller goodwill store with a stronger stench of cat pee; I say that if it gets me a picture disc with T-U-R-T-L-E Powah! on it you can buy it from a fucking meth lab for all I care. 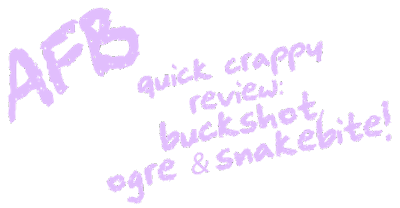 Even though I wrote some fairly recently, I’m feeling a lot of review rust, in fact I spent about 40 minute reading old itsalltrue.net and Fwoosh.com reviews to get myself back in the mood, though really all it did was annoy me because I’ve been so out of the action figure collector loop of late. But fuck it, I bought a new thing and I need a blog post to fully justify my purchase and I’ll only get more rusty the longer I wait and if I put it off enough eventually I’ll end up like the Tin Man and need Judy Garland to sort me out, and I will not rely on Judy Garland for anything every again. 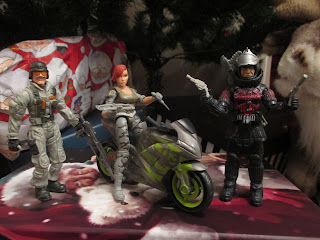 So Lanard have been making The Corps! line for a looong time now, they launched in 1986 as the best of the G.I. Joe: Real American Hero knock-off lines as and have been going pretty much non-stop ever since, today’s set is now considered part of The Corps 2.0. by their official website but were also released as The Corps! Elite. I haven’t bought a Corps figure since I was small, we’re talking 1992ish, but while shopping for Christmas presents I fell I love with their new character Buckshot and, finding her set for a fiver in The Range, I caved in and brought her home with me, this not the only time I’ve brought an angry Australian home from Romford. Called a ‘collectors edition’ the The Collection sets are really just an evolution of their old Triple Pack and Action Pack concepts and includes three figures, a snazzy bike and a shitload of weapons. Not bad for a fiver.
Read more...
Posted by dwitefry at 03:34 1 comment:

A Tribute To: Smarties Smartians*

I was one of those kids who liked saving up for things, I was also one of those kids whose dietary habits were easily dictated by what free shit was being given away, there was no such thing as brand loyalty when free toys were involved – except Kinder Eggs, I am their high chieftain for life. This is leading up to the time I ate Smarties almost solidly for a month to get a set of four glow-in-the-dark mini figures, those mini-figures were the Smartians. 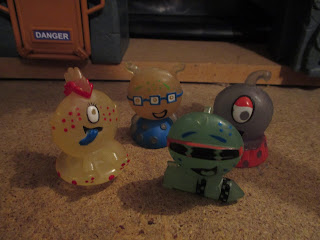 Email ThisBlogThis!Share to TwitterShare to FacebookShare to Pinterest
Labels: A Tribute To, Nummy Treats, Toys

Toys of Christmas Past

So I said the next pot would be less indulgent and that was because I was planning to post my Smartians tribute but Dinosaur Dracula, my main blogging inspiration and by ‘inspiration’ I mean ‘house I repeatedly rob’, did a special edition of his 5 Random Action Figures posts, my favourite of his regular features. This edition was five figures that were all received as gifts at Christmas when he was a kid, he then asked for readers to post some examples/stories of toys/dolls they received as kids in the comments. I started writing a post but it got so long I decided to make it a full blog post, plus remembering is very difficult for me. Why is remembering hard? Apparently it’s a common problem for people who have the mental health issues I have – depression and related issues (paranoia, anxiety etc) - I don’t know why this is, I know that once out of a ‘bout’ of depression I remember very little of what happened when in it but then why does it affect memories of times before I had the problem or during times when I wasn’t having a bout? Is it the medication? Must investigate further. Of course it’s quite possible that it doesn’t apply to me and I just have a really shitty memory for life experiences because I use all my memory blocks to remember the elemental types of Pokémon and the real names of X-Men characters. Whatever it is, my memories are quite fragmented and just to be bloody difficult I have more fragments about Birthday gifts than I do Christmas ones.  I did manage to pull out five memories though, so are you sitting comfortably? Then it was Christmas Eve babe, in the drunk tank…
Read more...
Posted by dwitefry at 06:18 No comments:

Well actually it was done on Sunday but my phone ran out of battery and I couldn’t find the charger. This isn’t the first year I’ve done this but this is the first year I’ve been able to have solely pop culture related to decorations. I feel like I’ve achieved something even though all I’ve achieved is being alive long enough for enough hanging things to be released, hmm but given my various depression-based problems, maybe that IS an achievement? Fuck it I feel a sense of accomplishment and that’s all that matters – so of course I’m going to share it with the internet. 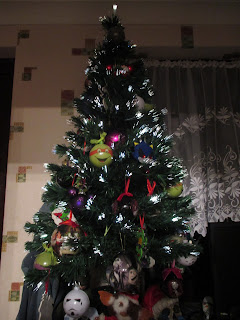 The above photo doesn’t do my completely Pop Culture tree justice (I’m not even sure if it’s in focus) so I’ve picked out some key elements for you, you’re so lucky, so are you’re sitting comfortably? Then I’ll begin
Read more...
Posted by dwitefry at 13:18 No comments:

I am really excited and cake is the cause

No one in my town sells Skips in single bags. This is important because a) how can it be that I can’t buy Skips in anything but bags of six? And b) it was while looking for a bag of Skips that I found these: 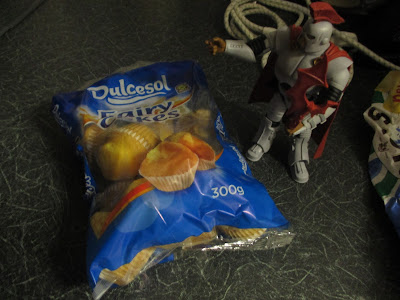